It is said that  the more we share, the more we have. If that is truly the case, then the SFAL group must be one of the richest people in the world. As their sweat roll down their faces, you can see in their smiles and the glint in their eyes how truly wealthy they are. There is nothing more enriching than knowing that even for just one short moment, you have brought on a smile, a sigh of relief and even better, a memory to last a lifetime to someone who truly needs it. 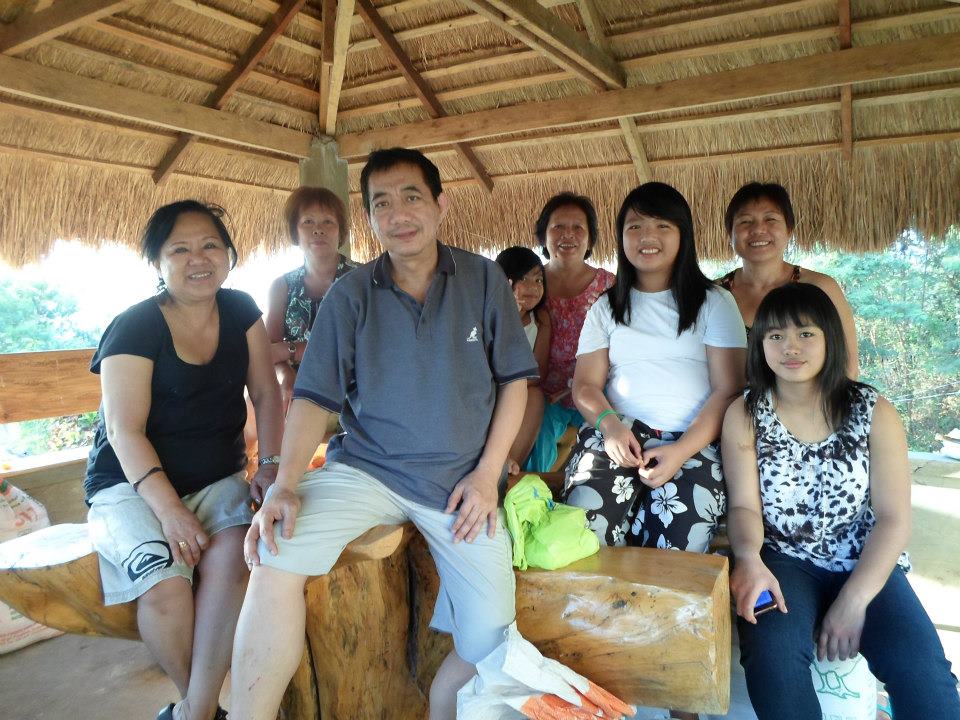 The Sagunto Friendship Association London (SFAL), in addition to their building project, also sponsored a Christmas party for the children of Pilawan Elementary School which became, undoubtedly, a truly momentous occasion that these children will never forget. The preparations for this event started way before they boarded their flight home. All year leading up to this homecoming, they planned for their gift giving as they shored up their stock; buying a shoe here and there, some school supplies when it’s on sale, including some extra sweets and treats in their usual grocery lists to add to their stock pile, slowly filling up one balikbayan box after another just for the sake of seeing the smiles on these kids’ faces.

The SFAL group is to be commended for this outstanding project. Enjoy the photos they have shared so that we too can experience the joy they felt in their giving. 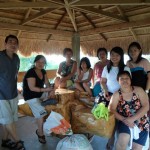 The Brownlow’s residence was the SFAL’s staging site. 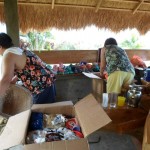 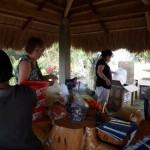 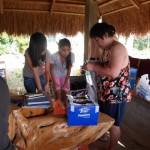 Packing gift bags for each student 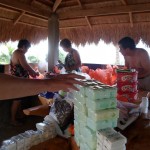 Amazing what you can fit in a balikbayan box! 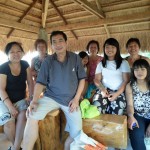 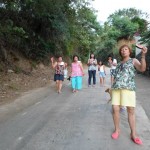 Reward for the workers after a hard day working in the heat! 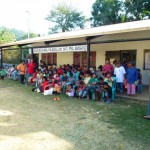 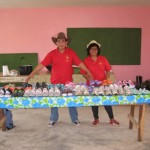 Mr. & Mrs. Digay with the table full of brand new shoes for the children 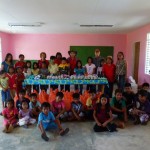 The children of Pilawan Elementary 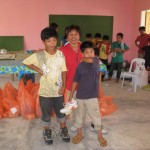 Every child received at least one pair of new shoes 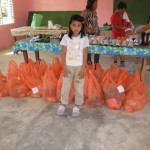 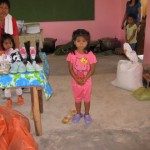 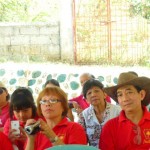 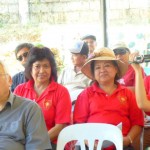 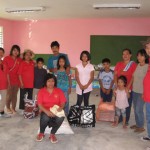 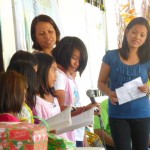 The children’s presentation for their benefactors 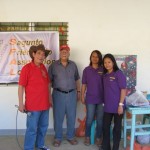 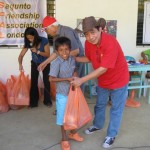 In addition to new shoes, each child took home a big bag of treats. 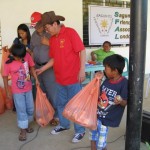 Their bags included enough treats for their families to share. 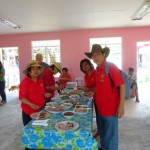 Of course, it’s not a party without food! 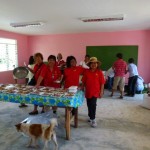 Lots of food for everyone! Including the dog lol! 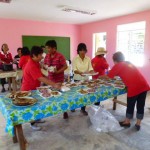 the SFAL members made sure everything was perfect 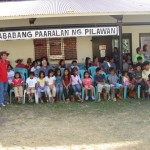 No greater reward than the smiles of children who know someone cared enough to plan such a grand party on their behalf.

Members of the various Sagunto organizations (SAUSA, SFAL, SUKA) converged on the small school in Pilawan, a sitio of Sagunto, last December to share merriment with the residents and children of the remote mountain locale. The group went up to sponsor a Christmas party and a school project for the benefit of the children and also to share in the laughter and fun. More photos of their charitable activities will be posted here soon. In the meantime, enjoy the hilarity and get a small taste of the joy shared by all.

The following video is of the ladies from both groups. Enjoy!

Earlier this month, a bulldozer, which has been in high demand given the recent events in the region, was procured to fix the road to Pilawan which was damaged by typhoon Pepeng last October.

One of the highest places within the bounds of the municipality of Sison, which is situated at its north-easternmost tip, is Sitio Pilawan in Barangay Sagunto. It had incurred severe damages during the onslaught of typhoon Pepeng where several dwellings, agricultural lands and roads were reported to have been destroyed that situated the place into almost nil recovery.

The dismal scenery in her ad hoc visit made the mayor, Hon. Kimi S. Cojuangco, more forceful in giving assistance to the residents. Through the endorsement of Mr. Keong Reyes and Barangay Kagawad Loejan Anudon based also on a written request from the Barangay Sagunto Council, she approved the use of the D4 bulldozer in Pilawan instantaneously.

Despite overlapping schedules of the D4 bulldozer, it was brought to Pilawan on December 23, 2009 to initiate major repairs and rerouting in its main road. Latest visit in the area showed tremendous improvements that the accomplished portion of the project is almost a million Pesos worth according to Mr. Eleuterio Reyes.

As you may recall, the catastrophic storm went through the Pangasinan region in early October and wreaked havoc by flooding homes and farms in the area. It also eroded this vital roadway which connects the remote area of Pilawan to Barangay Sagunto. As Pilawan is considered a sitio of Sagunto, the barangay council of Sagunto endeavored to fix the road with the approval of Mayor Kimi for the use of the bulldozer and the barangay council in turn shouldered the cost of the fuel.

Soon after the completion of the road repair, Sison Mayor Kimi Cojuangco went to Pilawan to inspect the road and more importantly to join the residents of Sitio Pilawan for a celebratory luncheon.

The residents of Pilawan were honored by the mayor’s visit and Mayor Kimi was her usual gracious self as she made everyone at ease.

Read the full article on the Sison website: KSC Invited by Pilawan Residents

This time around, Gemillaine and crew hiked up the mountain to take these photos of the landslides.