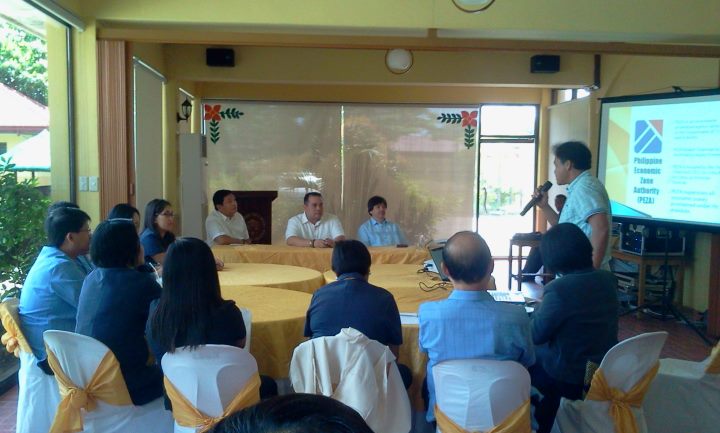 LINGAYEN–-Gov. Amado T. Espino, Jr. has urged members of the United Architects of the Philippines Pangasinan-Dagupan Chapter (UAP-PDC) to take an active role in developing the cultural and economic potentials of Pangasinan.

Speaking before the UAP members at their 37th induction and turn-over ceremonies last July 29 at the Star Plaza Hotel in Dagupan City, Gov. Espino asked the UAP-PDC to build livable communities for Pangasinan’s fast growing population, transform tourist spots into world-class attractions and develop the province’s economic zones and industrial estates into attractive investment locations and generators of worthwhile economic activities and employment opportunities for Pangasinenses.

Gov. Espino said the provincial government has remained focused on exerting best efforts to deliver the best possible service to the people as he said that “we are inspired to keep going because there are organizations such as the UAP that are ready and willing to go with us all the way.”

“Excellence is crucial factor for survival in this global village,” the governor said citing with pride the various achievements gained by the provincial government that made Pangasinan an acknowledged regional leader in the local governance following the receipt of awards as top winner in the recently concluded competitions launched by the Regional Development Council where Pangasinan emerged winner in 7 out of categories in local governance.

Towards this end, Gov. Espino thanked the architects for their loyalty and continuing support to the common vision of making Pangasinan as the “best place to invest, work, live and raise a family” even as he stressed the important role of the UAP in the collective effort to pursue the present administration’s proclaimed mission to make Pangasinan number one.

“It is such a relief that in the midst of the overwhelming demands for coping with this fast-paced, highly competitive world, you have managed to make room for service as the basic orientation of architecture,” the governor said.

As this developed, Gov. Espino reiterated his call to the UAP-PDC to continue to find creative ways and means to help transform and maintain Pangasinan as the best place to invest, work, live, and raise a family.

“Indeed, everyone including the UAP, has a unique role to play and can contribute significantly in this tedious task to develop and realize our collective dreams and aspirations for our province,” the governor said.

As he congratulated the newly elected officers of the UAP led by Joel F. Santos as new chapter president, Gov. Espino left the architects with a challenge as he said, “just remember that if you do not become the best performing chapter of the UAP, you will be guilty of dragging the entire province down with you. For if you do not become number one, then Pangasinan will not become number one.” (PIO/ Angeline D. Villanueva)